The parish church is a centre of the activities and the heart of the parish life. Each Chapel of Rovaniemi has a vivid worship service, meeting and concert life regularly.

The premises of Rovaniemi parish are intended for different kinds of activities and gatherings for parishioners. Parishioners may book the premises free of charge for having a Christian family occasion. If you want to keep a non-Christian meeting, festivity or some other gathering in the premises, you have to pay for use of the premises.

Services are held mostly on Sundays at 10 am in Finnish.

Church of Rovaniemi and its crypt which is located in the cellar of the cathedral are available for parishioners when they need a place for Christian family festivities. Church was built 1950.

During the 2nd World War Rovaniemi was burnt and suffered major damages in October 1944. Unfortunately also the wooden church of Rovaniemi burned.

Chapel of Viirinkangas was built and designed 1948 by Yrjö A Vaskinen. Sacristy was built 1976 during renovation of the chapel led by Toivo Lukkariniemi.

Chapel and congregation hall of Korkalovaara

Chapel of Korkalovaara was built 1988 and name of the building is Under Stone Pine - it was designed by Pekka Littow.

Chapel and congregation hall of Ounasrinne

Chapel of Ounasrinne was built and designed 1983 by architect Kari Poskiparta. Sacristy was built 1976 during renovation of the chapel led by Toivo Lukkariniemi. Inside of the chapel there is sculpture which is made of deadwood by Urpo Kärri and called "Miserere" – Have Mercy. 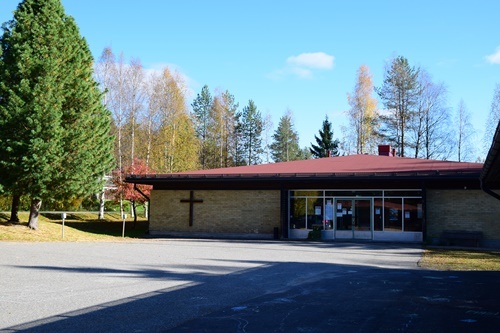 Aapa Chapel in Saarenkylä is a labour center and congregation hall including kitchen. Ceremonies and gatherings for 70 persons can be arranged within the wholeness which was designed by Aarre Holttinen architect office. Aapa Chapel was inaugurated October 1977. In congregation hall there is Markku Maatela’s painting Sermon on the Mount (in Finnish “Vuorisaarna”) and Hilkka Vuorinen’s tapestry called Variant of Effloresce (in Finnish 'Suo kukkii’). 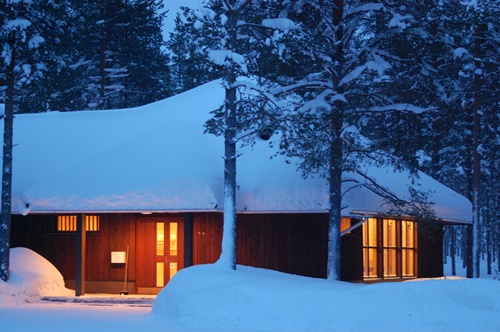 Chapel of Maijanen is located next to Kittiläntie and cemetary of Maijanen about 80 kilometres from centre of Rovaniemi.  Chapel of Maijanen was built 1977 and is designed by Toivo Lukkariniemi. Inauguration was performed by county provost Arvo Turakka in April 1977. Chapels expansion work was done in 1991. Ceremonies and gatherings for altogether 95 persons can be arranged in the chapel and congregation hall.

Chapel and congregation hall of Meltaus

Chapel of Meltaus was built 1960 next to the cemetary and designed by Toivo Lukkariniemi. Inauguration was performed in December 1960 by bishop O. K. Heliövaara. Church bells were added 1962 into the separate chapel tower and the first organ in 1964. Inkeri Kärkkäinen’s tapestry called Angels (in Finnish Enkeleitä). Ceremonies and gatherings for altogether 220 persons at the chapel, 80 persons at the congregation hall, and 50 persons in the kitchen and cabinet can be arranged.

Chapel and congregation hall of Sinettä

Chapel of Sinettä for about 150 persons was decided to be built next to the cemetary in June 1964. Toivo Lukkariniemi designed the building and it was inaugurated in November 1965. The chapel was extended in 1986 based on plans made by architect Jukka Teppo. Congregation hall is for 120 persons.

Chapel and congregation hall of Jouttikero 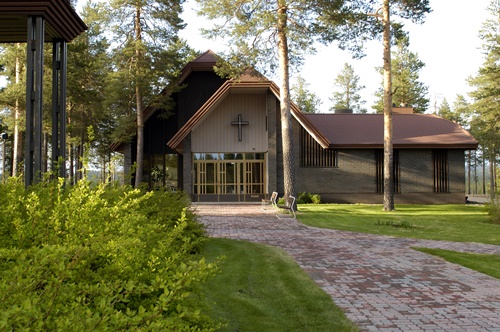 Jouttikero is located next to Sodankyläntie and about 50 kilometres from centre of Rovaniemi.  Chapel of Jouttikero was built 1964-1965 and is designed by Toivo Lukkariniemi.

Chapel and congregation hall of Autti 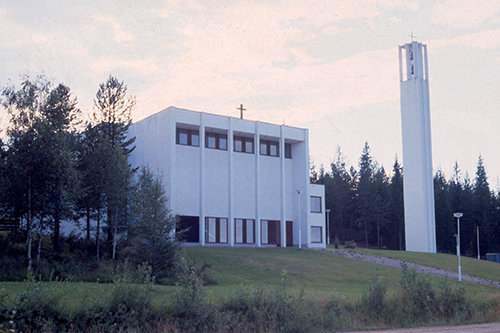 Tilda and Pekka Lohela donated the land area for Chapel of Autti which was built in 1966 and inaugration was performed by dean Jorma Sipilä in September 1966. Chapel hall seatings are for 164 persons, upstairs of congregation hall is for 75 persons and downstairs for 36 persons. Additionally 30 extra seats are available.

Chapel and congregation home of Viiri 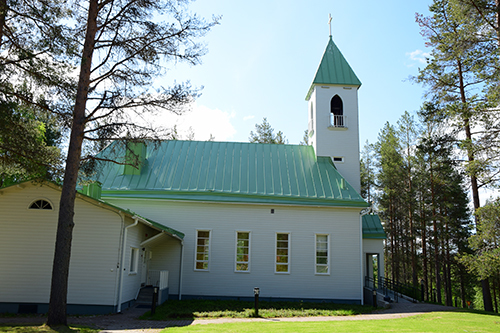 Chapel of Viiri was the first one that was built outside of the Rovaniemi town area into village of Viiri at Vanttauskoski 1952. Contractor Viljami Kaltio designed and adjusted the architecture style of Rovaniemi church within Chapel of Viiri which has also sacristy and lectern. Congregation home of Viiri for 150 persons was built in 1990.

Chapel and congregation home of Muurola 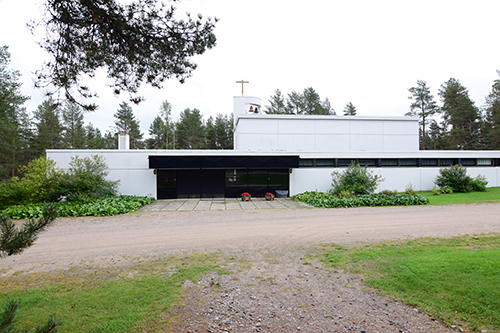 The Chapel of Muurola was built on land areas which were bought from the Janne Peteri heirs and joint-stock company Kemi. Engineer Teppo Hiilivirta and contractor V. Reponen designed the chapel for 250 persons. There are also two congregation halls, sacristy, organ lectern, three cabinets, kitchen and caretakers apartment. Vicarage was built separately on the same land area. Inauguration of chapel was performed by county provost Heikki Rosma in October 1969. 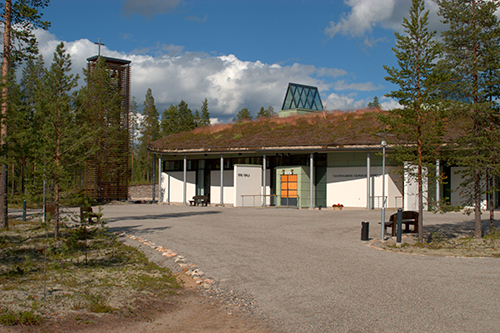 Cemetary of Tavivaara has existed at east side of Kemi river since 1972. Chapel of Tavivaara is also called Kammi and it was designed by architect Jorma Teppo and built next to the cemetary 2001. Inauguration was performed by bishop Samuel Salmi in February 2002. Cemetary chapels tapestries Vivid River (in Finnish Elävä virta) and Support Each Other (in Finnish Tukekaa toisianne) are Minna Rimpiläinen’s designs. Gateways, racks, candle trees, crucifix, flower hangers etc are forged of wrought iron by Risto Immonen. Bigger hall with organ lectern and space for choir is for 100 persons and smaller hall for 30 persons. 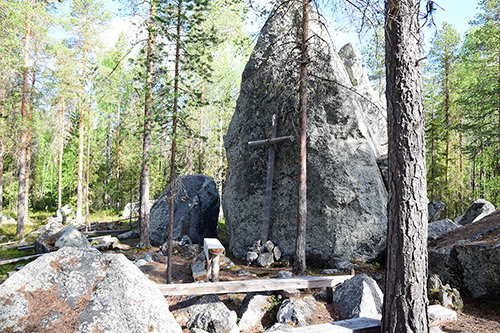 Nature Church of Somonen is near to village of Oikarainen besides Permantokoski road. Big rocks are shaped by nature and church is an entity built of small church bell tower, wooden benches and crucifix. Nature Church is available for weddings during summer time and holy masses. In Christmas time there are arranged happenings for singing Christmas carols and religious hymns and psalms with bonfire, lanterns, and candle lights.